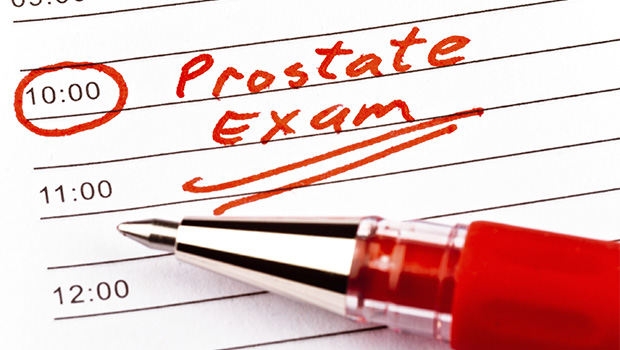 The prostate gland isn’t something a lot of men pay much attention to—until it starts to cause problems, or, even scarier, becomes cancerous. And if you’re a male who’s edging up there in years—or you have a father, brother or husband who’s getting older—chances are good the prostate will start to cause problems.

But developing a prostate condition later in life isn’t inevitable. There are important actions men can take to protect themselves and to increase the odds of becoming part of the 10 to 20 percent of men over 70 who don’t have BPH. When it comes to prostate health, avoiding five big mistakes can go a long way in reducing the risk of any problems down the road—or addressing the symptoms you already have.

The researchers in this study also looked at the type of food associated with a reduced risk of dying from prostate cancer in men who already had the disease. They found that increasing the amount of oil-based dressing eaten by one tablespoon daily was linked to a 29 percent lower risk of lethal prostate cancer and a 13 percent lower risk of death.

Other studies have backed up these results. For example, when 161 prostate cancer patients ate flaxseeds or flaxseeds together with a low-fat diet, the rate at which prostate tumors spread was much lower compared to subjects in the control groups who didn’t eat flaxseeds.5

Second, having high cholesterol promotes the spread of prostate cancer throughout the body,7 a process known as metastasis. And eating a diet high in saturated fats from animal proteins causes cholesterol levels to spike. Cholesterol is thought to cause the spread of prostate cancer for a number of reasons, including the fact that when cholesterol becomes oxidized in the body, it can suppress immunity and promote angiogenesis, the creation of new blood vessels that tumor cells use to spread to other areas of the body.7

And diets low in saturated fat and high in vegetable fat protect against more than just prostate cancer. Studies have found a link between low-fat, vegetable-based diets and a reduced risk of developing BPH.8

If you have a hard time letting go of your caveman tendencies, your best bet is to choose grass-fed beef over conventional beef. Grass-fed beef is low in saturated fats and high in omega-3 fatty acids. And make sure you eat lots of nuts and flaxseeds every day.

Mistake #2: Not Eating Enough Tomatoes—or Eating Them the Wrong Way

One of the most powerful prostate-protecting foods is the tomato—or more specifically, a component of tomatoes called lycopene. Eating tomatoes and tomato products causes lycopene to build up in the prostate, where it protects against DNA damage that is a starting point for cancer development.9 If you’re not eating enough tomatoes or if you’re not eating tomatoes together with the right types of food, your prostate could suffer.

In addition, scientists have looked at lycopene for its possible prostate-cancer protecting effects. Eating tomato paste a couple times per week can lower the risk of developing prostate cancer by about 20 percent, according to some studies.11-12

In men who already have prostate cancer, not every study has found that lycopene can be beneficial. But there’s some evidence to show lycopene might have an effect. For example, in one study, 20 men with metastatic prostate cancer took 10 mg per day of lycopene for three months. One of the subjects taking lycopene experienced a complete response, including normal PSA levels and no sign of disease for at least eight weeks. Six of the patients (30 percent) experienced a partial response after taking a lycopene supplement, 10 patients (50 percent) remained stable and the disease progressed in only three (15 percent) of the patients taking lycopene.13

It won’t do you any good to eat tomatoes if you’re not also eating some form of fat along with them and making sure the tomatoes are cooked. Cooking tomatoes and adding some extra virgin olive oil makes it easier for your body to absorb the lycopene and results in much greater antioxidant activity compared to when tomatoes are eaten raw.14

If you decide to bypass the tomatoes for a lycopene supplement, aim for 10 to 15 mg daily, taken with meals.

Mistake #3: Relying on the PSA Test

Since 1994, it’s been standard practice for doctors to use the prostate-specific antigen (PSA) test on men who have prostate symptoms. PSA is an enzyme produced by the prostate gland. High levels are considered a red flag that a man has BPH, and may indicate he has prostate cancer.

So what’s wrong with the PSA test? Its biggest flaw is that it has a low accuracy rate in actually detecting prostate cancer. And it’s worthless for telling doctors which type of prostate cancer a man has, a less-lethal form of the disease or one that’s more likely to result in death.

In addition, taking the PSA test will not necessarily stop a man from dying from prostate cancer. The New England Journal of Medicine reported in 2009 that the death rate over seven to 10 years is no less in men who take the PSA test compared to men who don’t take it.15

Another study also published in the New England Journal of Medicine in the same year found that PSA screening did reduce the rate of death from prostate cancer, but only by 20 percent. And a high risk of over diagnosis tainted the PSA test results, meaning many of the men were diagnosed with prostate cancer when they didn’t actually have the disease.16

In fact, based on these and other findings, the American Cancer Society cautioned against relying on this test. And the American College of Preventive Medicine also doesn’t believe there’s enough evidence to justify recommending routine use of the PSA test.

Instead of taking a PSA test, your best bet is to get regular prostate exams and to have your doctor test you for BRCA1 and BRCA2. You might have heard of these two genetic abnormalities in regards to breast cancer. But science is showing that BRCA1 or BRCA2 mutations are involved in prostate cancer, too.

If the test reveals you carry one of the mutations, don’t lose hope—it’s not a guarantee you’ll get cancer. Lifestyle choices are important. Use the test results as a motivation to put into practice all the advice in this article.

When it comes to BPH, saw palmetto might just be a man’s best friend. Evidence continues to pour in that saw palmetto (Serenoa repens) improves many symptoms of BPH. A 1998 analysis of the medical literature found that men treated with saw palmetto experienced a decrease in urinary tract symptoms and didn’t have to urinate as frequently in the middle of the night (a condition known as nocturia).18

Other researchers have looked into saw palmetto’s potential to reduce BPH-related sexual dysfunction—with promising results. When 82 elderly men with BPH took 320 mg of saw palmetto daily for eight weeks, they experienced a decline in the International Prostate Symptom Score and improved sexual function and overall quality of life.19

When combined with lycopene and selenium, saw palmetto packs a particularly strong prostate-protective punch. Several studies in men with BPH who had lower urinary tract symptoms found that these three supplements can team up to reduce inflammation and improve prostate symptoms.21-23 In one study, 102 men who had chronic prostatitis/chronic pelvic pain syndrome received either a combination of saw palmetto, lycopene and selenium or saw palmetto alone. Chronic prostatitis symptoms declined dramatically in both groups, but the combination therapy resulted in a greater improvement than with saw palmetto alone.23 Another study found that the combination of saw palmetto, selenium and lycopene was particularly effective in relieving BPH symptoms when used together with the prostate drug tamsulosin.22

An animal study in rats with testosterone-dependent BPH found that the combination of saw palmetto, lycopene and selenium can block prostate enlargement by 43.3 percent. It accomplished this by increasing a process known as apoptosis, where unhealthy cells are programmed to die and cleared out of the body.24

The jury is still out on whether saw palmetto is useful in prostate cancer, as randomized, controlled studies are lacking. But in a handful of cell culture studies, saw palmetto reduced inflammation and the expression of genes involved in inflammation, blocked the growth of the cancer cells and destroyed cancerous cells through apoptosis.25-26

We’ve already talked about how selenium combined with saw palmetto and lycopene can improve the symptoms of BPH. But what about reducing your risk of prostate cancer?

By studying the data collected in the Nutritional Prevention of Cancer (NPC) trial, a 2003 study found that giving men selenized yeast supplements significantly decreased prostate cancer risk, but only in men with a history of cancer and whose selenium levels were lower at the study’s start.27 Four years earlier, a group of researchers found that prostate cancer risk dropped by 30 percent in men who ate 88 to 119 micrograms/day of selenium, as compared to men who ate lower or higher amounts.28

The results of the SELECT trial, a large study published in 2009, dashed the hopes that selenium could prevent prostate cancer. This trial found that 200 mcg/day of selenomethionine did not reduce prostate cancer risk. But, unlike many of the past studies, the study subjects weren’t deficient in selenium and had no history of cancer.29

The bottom line? There’s no guarantee that taking selenium will stop you from getting prostate cancer. But there are other good reasons to take selenium.

For BPH, combining this mineral with lycopene and saw palmetto can offer some definite benefits. And certain areas of the U.S. such as the northwest, southeast, southwest and much of Texas are plagued by low selenium levels in the soil. So if you’re living in one of those regions it’s an especially good idea to supplement with up to 200 mcg per day.
As far as which type of selenium to choose, opt for methylselenocysteine, a form that more easily converts into methylselenol, a metabolite studied for its potential anti-cancer abilities.30

In addition to taking selenium supplements, you can also munch on pumpkin seeds, which contain a fair amount of selenium. Brazil nuts actually have the highest amount of selenium of any food, but researchers have studied pumpkin seeds for their benefits in BPH, with some promising results. In a 12-week study, researchers gave pumpkin seed extract to 2,245 patients suffering from benign prostate hyperplasia and found that the International Prostate Symptom Score dropped by 41.4 percent while the men’s quality of life improved.31

Just be certain not to overdo it. Taking more than 200 mcg of selenium per day will cause more harm than good, as high doses of selenium can be toxic.

Prostate problems are common with age—but they’re not inevitable. By avoiding the mistakes mentioned in this article, you can give your prostate a fighting chance.

It’s also a good idea to make sure you’re not packing on the pounds. Obesity is linked to a 98 percent increased risk of prostate cancer.32 Plus, doctors are less likely to recognize prostate cancer in obese men. One reason? Obese men have larger prostates, making it more difficult to detect cancer.32

Enter the code in the box below: